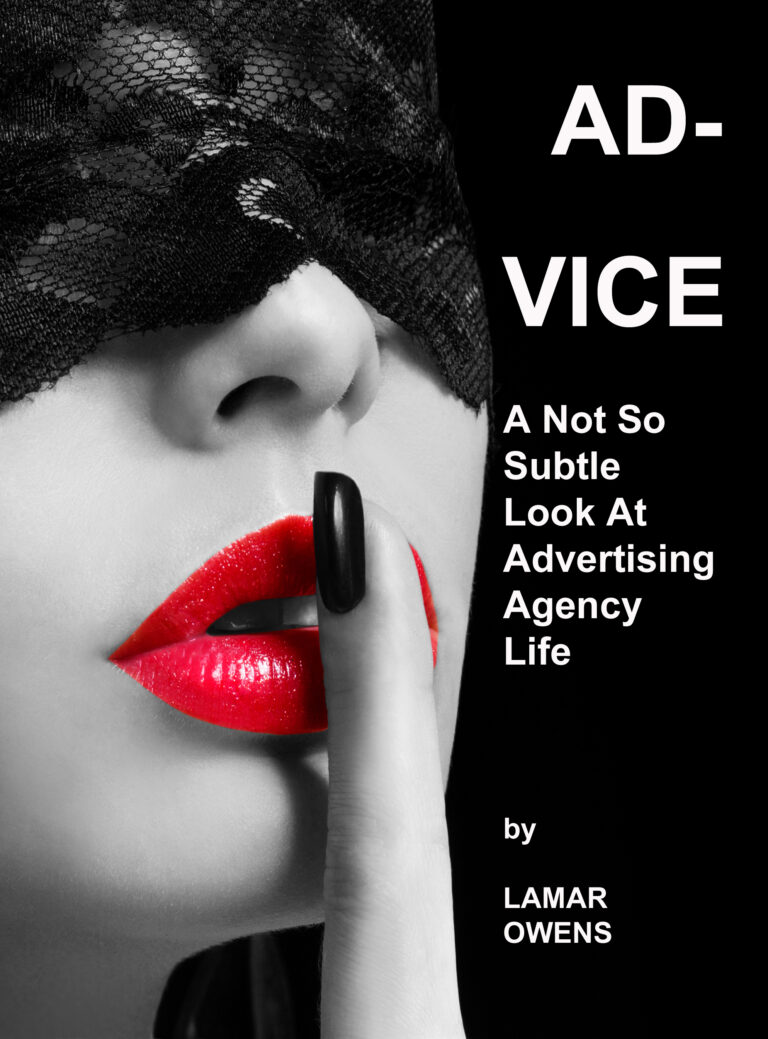 Beau Lee Horton was known in the south as Bo Lee and everywhere else as just Bo. Since he was old enough to press the buttons on the TV remote Bo had been fascinated by advertising commercials. He graduated from Arizona State University with a degree in marketing and a minor in psychology and got a job in a Phoenix ad agency. He worked in various agency departments until 2005 when he was able to land a job with Goodby, Silverstein & Partners in San Francisco.  Bo fit right in with the agency’s contrarian creative attitude.

AD – VICE is It’s full of intrigue, excitement, intimacy, ambition, involvement, greed and general ribaldry. Advertising has certainly changed due to the digital world, but the ad agency is still a boiling pot of emotions. Life in an advertising agency is a rollercoaster of elation and depression with a modicum of fun along the way.

Hopefully you’ll enjoy reading about the vices of the advertising agency business.

Will Rogers summed up pretty well what ad agency people do:

“Advertising is the art of convincing people to spend money they don’t have for something they don’t need.”

Life in the advertising agency business is addictive. At any given moment you’re either flying high after getting a new client or in the depths of despair after losing one. An ad agency principal spends 30% of his or her time trying to keep clients happy, 30% chasing new accounts and 40% attempting to stop creative people from killing each other.These were some principles Jesse Beau Horton learned from his dad Beau Lee Horton – known in the south as Bo Lee and everywhere else as just Bo. Bo had built a huge Galaxy International advertising agency before merging it with Dentsu. Jesse’s mother Crystal had inherited a fortune from her parents and grandfather Jess Jackson who built the Kendall-Jackson wine empire.Jesse preferred to be called Jess like his great-grandpa. Growing up in Paso Robles California surrounded by family vineyards Jess got his first taste of an advertising agency in Santa Barbara.

His dad consulted with a small Santa Barbara advertising agency Evans Hardy & Young as sort of a hobby and took Jess along to some meetings. Like all kids Jess was bombarded with ad messages daily on TV and the internet but when he discovered how advertising was created he was amazed. Scott Young was the agency creative director and spent hours talking with Jess about creativity. Jess knew long before he got a formal education that he wanted to be in advertising.Coming from one of America’s wealthiest families Jess could have done anything he wanted – or nothing. His mom wanted him to eventually take over the family BoJack wine empire. His dad wanted him to go to the Air Force Academy and be a pilot like his grandfather Billy Ray Horton. Bo was also a pilot and Jess got to sit in the co-pilot’s seat when they flew their private G650 jet. He liked flying and wine but neither interested him as much as advertising. 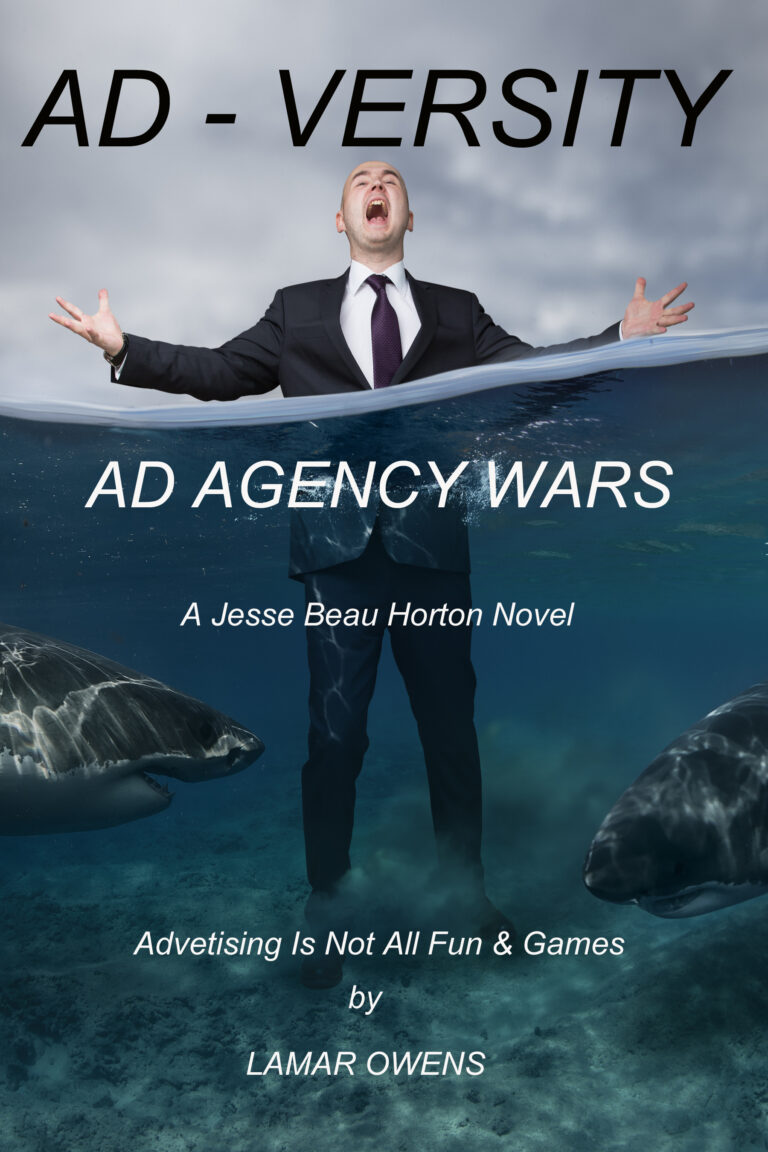 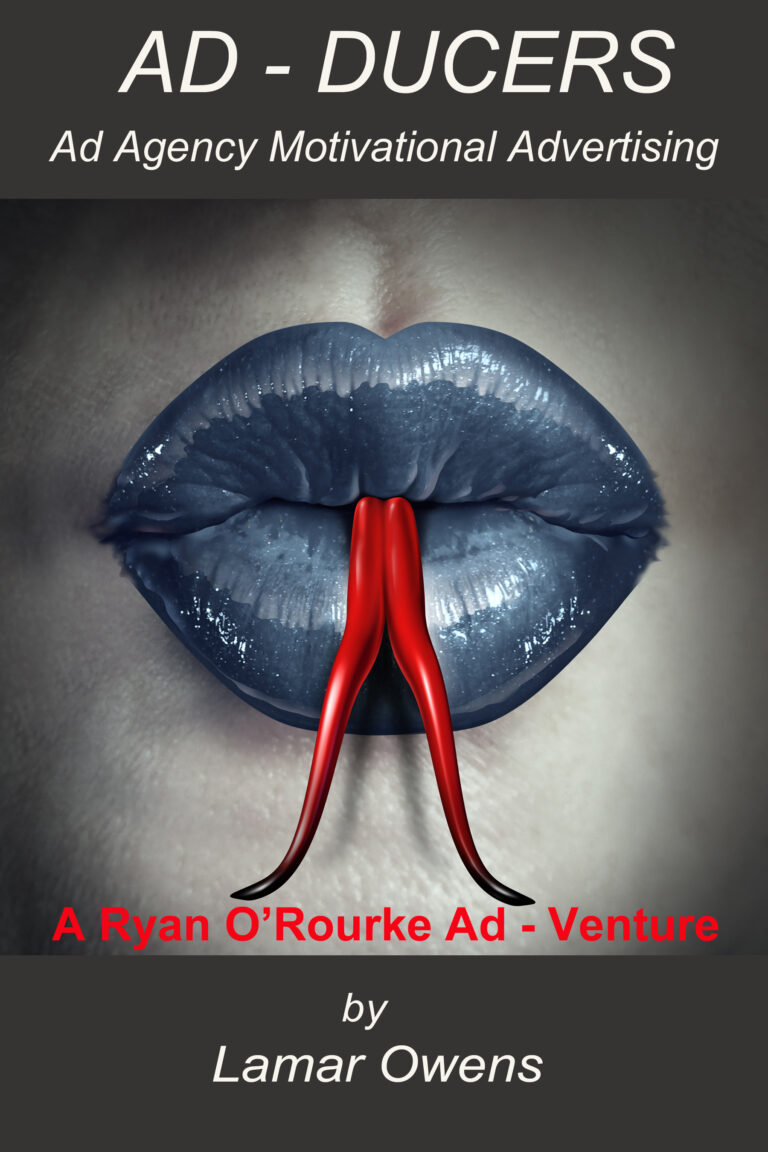 Ryan O’Rourke was on his third glass of Glenfiddich and told himself to slow down. He would hate to stumble and fall down drunk while receiving his first CLIO award. After all it was the world’s most recognized advertising award. It always frosted him that the agency creative directors or principals accepted the awards on behalf of the sweat hog creative writers, designers and producers who actually did the creative work.

It had been a weird and winding road that brought him to this point. His college friend Matt Bianchi’s family knew the Spielbergs while in Arizona.  Matt & Ryan attended USC and dreamed of a future in Hollywood.

During their junior year Matt told Ryan that Spielberg had been given a long term directing contract at Universal and he was planning on working with him at his company Amblin Entertainment.

Ryan’s real education started after USC when Matt introduced him to Amblin. The first person Ryan met was the CEO Jeff Smart. He was a bean counter and a real prick. But Ryan smiled and did his ‘I’m so thrilled to be here’ routine. Smart laughed in Ryan’s face.